What is the impact of information technology on the youth?

Anonymous Unknown answered
Over the past couple decades, technology has significantly changed the way in which we in our society connect with one another. Technological advancements have reshaped almost every aspect of our daily lives, from how we socialize, to the way in which we conduct business. This changing landscape has evolved to allow us to have infinite knowledge, entertainment, and communication, conveniently fitting within the palms of our hands. Today, through social media, text messaging, and emails, we can instantly communicate with anyone at the drop of a pin.
Today’s youth have never known a world without these comforts and conveniences. Without leaving the confines of home, kids can make new friends through social media websites, express their feelings by updating their status, and text a girl they have been too scared to talk to; all without leaving the couch or even saying a word. It is no surprise that this is how our world is evolving, and this technology is an essential tool that children must learn to be successful, but what effects are these impersonal relations having on children’s social development?
Over the past three years, I have had the unique opportunity to coach the sport of Water Polo to students at La Canada High School in Southern California. Through this experience, I have dealt with players at every age group, all of whom can be classified as children of this technology age. This experience has brought to light, just how big of an impact impersonal communication methods have had on these children’s social development. I have found that the social repercussions of texting, social media, and online interactions, have greatly hindered the quality of this generation’s ability to verbally communicate effectively. These children are excelling at an exceptional rate when it comes to their understanding of the Internet and nonverbal communication, but with limited face-to-face interaction, it is tough to say what the future of personal relations will look like.
As a coach of high school students, I see the affects of technology on students all too often. On almost a daily basis, I observe students who cannot hold eye-contact during conversation, cannot express their thoughts through words, and cannot even say a word to young ladies that visit the pool deck. I have observed students use their phone as a tool to avoid awkward situations when girls try to converse with them. I have even observed a student text his mother who was sitting ten feet from him, instead of speaking to her directly. This behavior appears very unusual to me, and I feel that recent technological advancements have played a huge role in these teenagers inability to verbally communicate. Through this blog, I will further discuss the negative impact technology has had on youth’s social development. I will also discuss the possible implications of impersonal interaction among teens later in life.
Texting over Talking
Growing up, I can remember a day when texting was a non-existent form of communication. I can recall receiving my first cell phone as a freshman in High School. The phone resembled a brick, and did not even have the option of texting. Since then, cell phones have become miniature computers that can do almost anything. I have never been a fan of texting; I have always felt that you could communicate much quicker and more effectively by speaking to someone directly. Today, kids feel the exact opposite; verbal communication is almost becoming a lost art among teenagers. A recent study from the Pew Internet and American Life Project showed that, “67% of text-using teens say they are more likely to use their cell phone to text a friend than to call” (Lenhart, 2010). In this digital age that we live in, convenience has reshaped the social fabric of communication, leaving texting as the dominant form of conversation among teens. It is my belief that this impersonal form of communication will have many negative implications down the line for these kids.
Texting has allowed children and teens to communicate with each other without personal interaction. By communicating this way, kids can hide behind the “digital wall,” which allows them to have conversations they might not have in person. As a result, kids are able to hide from stressful social situations, which ultimately affects their ability to interact. When today’s youth use these impersonal methods of communication, they are missing out on experiences that help them understand emotional nuances and read social cues like facial expressions and body language. It is my belief that stressful or awkward conversations are part of growing up and teens need to experience these situations in order to develop effective social skills. How are teen boys going to learn to verbally communicate with girls through texting? The answer is, they’re not! Getting shut down, or being put in awkward situations are valuable life experiences and part of growing up.  Without these experiences, verbal communication skills will not come naturally, putting children and teens who only communicate through texts at a huge disadvantage in life. If these skills are not harnessed in these developmental years, the inability to verbally communicate with other people could follow them into their professional lives and careers.

Social Media
Much like texting, social media websites such as Facebook are huge contributors to the younger generations’ inability to verbally communicate. Social media sites allow users to create a profile and build a personal network that connects him or her to other users. Over the past eight years, such sites have grown from a niche activity into a phenomenon that engages tens of millions of Internet users daily. A study released from the Pew Internet & American Life Project, found that half of American teenagers, “send 50 or more text messages a day and that one third send more than 100 a day. Two thirds of the texters surveyed said they were more likely to use their cell phones to text friends than to call them” (Lenhart, 2010). This type of non-verbal interaction is eliminating the personal aspect of communication, thus preventing teens from developing effective verbal social skills. 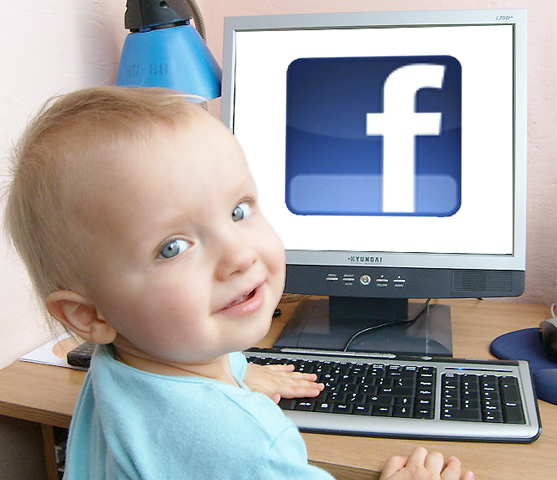 “Antisocial networking” would be a more fitting name for these types of sites because they encourage isolation. Social media sites allow kids to “stay connected” with their friends without even leaving the comforts of home. Teens need to realize that using this new technology should not replace real-life interactions. Sure, kids can express their feelings through these sites, and can feel like they are in the loop with their friends, but this is not helping today’s youth develop verbal skills. It is my fear that social networking websites have changed social interaction from a personal encounter, to an impersonal practice that is putting today’s youth at a strong disadvantage in life.

I DID NOT WRITE IT. PASTED IT IN ORDER TO ANSWER THE QUESTION. SOURCE (http://borisoffspencer.blogspot.com/2013/04/technologys-impact-on-youths-social.html)