What Was The First Invention Ever Made?

Anonymous answered
Boffins like Thomas Edison, Alexander Graham Bell and Nikola Telsa are the people who normally spring to mind when we think about inventors. However, the greatest inventions in history were actually created thousands of years before these guys, by unwitting geniuses such as Ugg, Grok or Grumphhh.

Without the important discoveries of prehistoric man things would be a lot different on planet Earth. All of the modern advancements in the world of technology would not have been possible had Stone Age man not fashioned tools from rock, rubbed wood together to create fire, or stabbed a hole in a piece of skin to sew clothes and shelters. Our culture and arts would be a lot less rich were it not for cavemen grinding rock to make pigments, or early humans boring holes in bone to make musical instruments.

Here is a run-down of what are believed to be the first inventions. It’s worth bearing in mind that exact dates are very difficult to ascertain when charting discoveries from so long ago, and it may be the case that different people in different areas were inventing similar things at the same time. You’ll find a timeline of History’s important inventions on Wikipedia, although citations are missing for many of the earliest discoveries.

When: 2.4 million years ago   First discovered in: East Africa 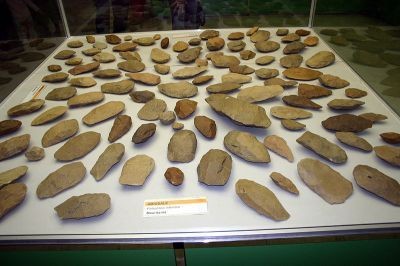 Prehistoric man’s first foray into the world of inventing began with the crafting of stone tools. These tools were created by hitting stones against each other, or applying pressure with wood or bone implements. As Palaeolithic man evolved, the tools became ever-more sophisticated and diverse in their design and function. There were ground-edge axes for chopping, flaked-edge adzes for working with wood, and much later, arrowheads, which were used for hunting.

When: 1.4 million years ago     First discovered in: Ethiopia

You know who is really responsible for all this knife crime that’s going on? The cavemen, that’s who. Stone Age howdies would spend their time carving out blades by flaking off rocks from blocks of raw material. Different knives were fashioned for different purposes, and from a range of different rock types, including basalt, chalcedony, flint, jasper, diorite and quartzine. In actual fact, the invention of knives pre-dated man’s hunting days, and the earliest blades were predominantly scrapers, used to remove fatty tissue from animal hide, or as part of food preparation. It would almost certainly have been the women who wielded the first knives, as they were usually responsible for preparing meals.

When: 1 million years ago   Where: South Africa 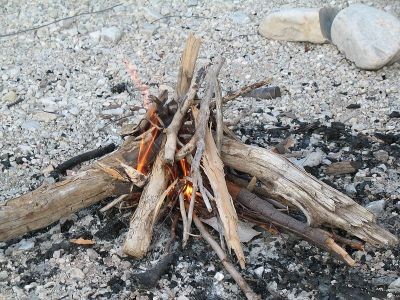 Next time you ask someone for a light, think for a minute about what life would be like were it not for the discovery of fire. When primeval man first learned how to create and control fire it sparked off an entire history of inventions and technological achievements. The exact date of the first ever flame is still unknown, but evidence of burnt bones at the Cradle of Mankind in South Africa suggests that it happened around 1,000,000 years ago. Scientists are unclear about exactly how the discovery came about. It is known though, that Stone Age man used fire drills to make fire for cooking. These drills consisted of a sharpened stick of hard wood and a softer slab of wood with a hole in it. The stick would be lowered over the hole and rapidly twirled under the softer wood started to smoulder. Then, small pieces of tinder could be added to create a flame. 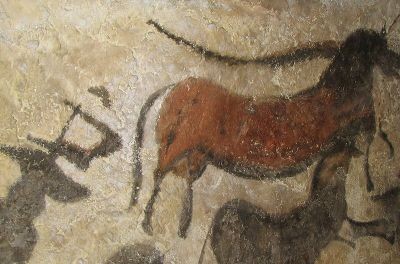 Without paint the World would be a very boring place. Art galleries would be empty, all our houses would look the same, and kids would get very bored on rainy days. Well, we can thank the prehistoric people of Zambia for the pleasures of paint. Pigments and paint-grinding equipment dating back 400,000 years were discovered in the Twin Rivers area of Lusaca, Zambia. These paints were almost certainly used by the Stone Age inhabitants to paint their bodies in colours that ranged for yellow to purple. If only they’d have had the foresight to invent photography at the same time, perhaps we would have a clearer idea of what these painted prehistoric people looked like. 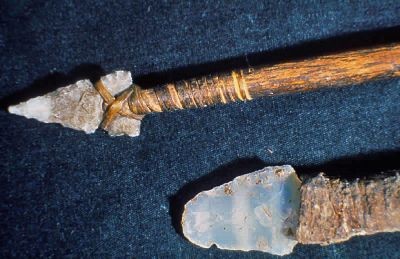 These days you’re more likely to see a spear used in a javelin event than you are in a battlefield. However, for thousands of years spears were an essential item for hunters and warriors the World over. The oldest spears were discovered in Schöningen, near Hanover, and were some 7.5 feet long. They were carved from the trunk of a picea tree and had a frontal centre of gravity, suggesting they were launched like a javelin in order to catch prey from a distance. The discovery gave light to the theory that Stone Age man was able to hunt, and wasn’t just a scavenger. 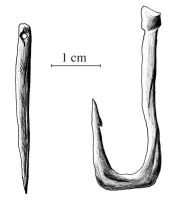 Fashion these days is a trillion dollar industry, and it all started when one sharp caveman (or woman) decided to make a hole with a piece of bone. Stone Age folk in cold climates would stitch skins together with threads of tendon or leather thongs. This would be done by pushing the bone into the skins then hooking the thread through. Not only was this useful for fashioning primitive clothes, but the sewn fabrics could be used to provide shelter. Over time, the needles got smaller and more refined, and gradually horsehair was introduced as a means of stitching materials together.

If you’d asked an early human for the time, they’d probably reach into their pocket and pull out a piece of bone. One particular piece, the Lebombo bone, dates back 37,000 years, and is regarded as one of the oldest mathematical artifacts. Made from a piece of a baboon’s fibula, the tool is marked with 29 clear notches. This suggests it could’ve been used as a lunar phase calculator, meaning that African women may have been the first mathematicians if they had been using this to keep track of their menstrual cycle. The Lebombo bone bears more than a passing resemblance to the calendar sticks still used by the Bushmen of Namibia.

You might think that all early man did was walk around grunting. However, it turns out that the first humans were actually quite a cultured bunch, and would pass their time by playing the flute. This year’s discovery by scientists in Germany of a collection of 35,000 year-old flutes, fashioned from vulture wing bones, backs up the thinking that music was one of the things that gave the early Homo Sapiens the edge over their Neanderthal rivals. It is understood that music may have helped the humans to forge closer social groups and participate in religious rituals. Still, I wouldnt’t fancy their chances in a game of Guitar Hero.

When they weren’t rocking out to the latest flute hits, the Paleolithic people could be found playing darts. Actually, it was more likely they were aiming for a rabbit or a boar than the treble twenty. The first darts, known as Atlatl, were made of reindeer antler and were capable of being launched in excess of 100 metres. Atlatls consisted of a shaft with a cup, in which the butt of the wooden dart would be laid. Once the dart is in place, the atlatl is held at the end away from the cup and the thrower uses the action of their upper arm and wrist to fling the dart and send it hurtling towards its victim. 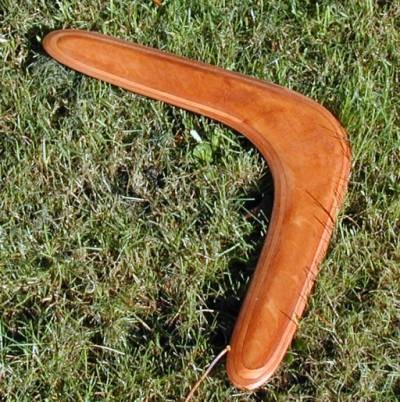 Believe it or not, the first ever boomerang was not discovered in Australia, but in a cave in the Oblazowa Rock in Southern Poland. Made from mammoth tusk, this straight, non-returning boomerang was almost certainly thrown at prey, though there is evidence to suggest that early boomerangs were used as weapons in hand-to-hand combat. It wasn’t until 10,000 years ago that the first returning boomerangs of the Australian Aboriginals came about. Then, of course, about 9,960 years later, the frisbee was born, which would challenge the boomerangs supremacy as the best thing you can throw through the air.

Anonymous answered
Clothing or using the sky and stars as a map even simple math like counting ?