When Did Patek Philippe Invent The Wristwatch?

Robin Burden answered
The late 1800s was the era that saw the advent of the wristwatch.

At first, the wristwatch was produced as a woman's accessory (more like a time-telling bracelet), although it was eventually introduced for men, too, with a leather strap.

The invention of the wrist watch The Swiss company Patek Philippe & Co is accredited with inventing the wristwatch in the late 19th century.

The man's wristwatch was invented by Louis Cartier, at the request of his inventor friend Alberto Santos-Dumont. Before this, men relied mainly on pocket-watches to tell the time.

The invention and popularization of the wristwatch had a huge impact on people's lives. When world war broke out in 1914, soldiers used wristwatches to synchronize offensives and raids.

As far as specific dates, it's not really known when the first wristwatch was created. All we know is that Polish watchmaker Antoni Patek had been developing pocket-watches since 1839, and didn't team up with Adrien Philippe (the creator of the first keyless winding mechanism) until 1851. 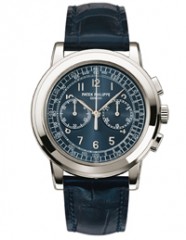 Stewart Pinkerton answered
They didn't, the modern pocket watch mechanism was invented by Abraham Breguet, and he, Patek and Philippe were long dead before the wristwatch was invented.